State law requires that, if a state, district, or county office becomes vacant due to resignation by August 21, and that position is not regularly scheduled to be voted on in 2020,  the position must be put on the 2020 general election ballot. Justice Green’s intentional delay of his resignation just 10 days past that deadline will, instead, allow Governor Abbott to appoint someone to fill the office such as an unqualified friend or even a campaign donor. By attempting what they think is a slick political maneuver, the State Republican leadership is taking away the right of Texans to vote for who they, not Gov. Abbott, think should serve on Texas’s highest court. We have more faith and more respect for the people of Texas than do Abbott and his cronies, and we are calling them out for this shameful denial of voting rights.

“We are appalled by Justice Green’s intention to stifle Democracy, to prevent the fair and free election of his successor, as state law clearly requires. Republicans have been playing this game for a long time, especially here in Tarrant County, and this lack of integrity and constant undermining of the will of voters is exactly what drove all of us to run for the bench.”

“All of us hold dearly the belief that the judicial system must work for the people, not the campaign donors. We know that justice cannot be found without transparency, impartiality, and respect. And when we are all elected in November, we promise to restore trust, balance, and justice to every bench in Tarrant County.”

“Justice Green is going to leave his office just 10 days after the special election ‘trigger’ date so his friend and failed Governor can pick a crony to replace him. It is an incredible honor to support the equally talented and diverse Tarrant County Democratic nominees for judicial office as they campaign hard to restore trust, integrity, honor, and justice to the bench here in Tarrant County and the Second Court of Appeals.”

Tarrant County Democratic Party: Our mission is to get Democratic candidates elected to public office at every level of government.To accomplish this goal, we are bringing together like-minded individuals to organize, energize, and educate voters in our communities. For more information, visit: TarrantDemocrats.org/Media. For a listing of all of the candidates, visit: TarrantDemocrats.org/Candidates. View Press Kit here! 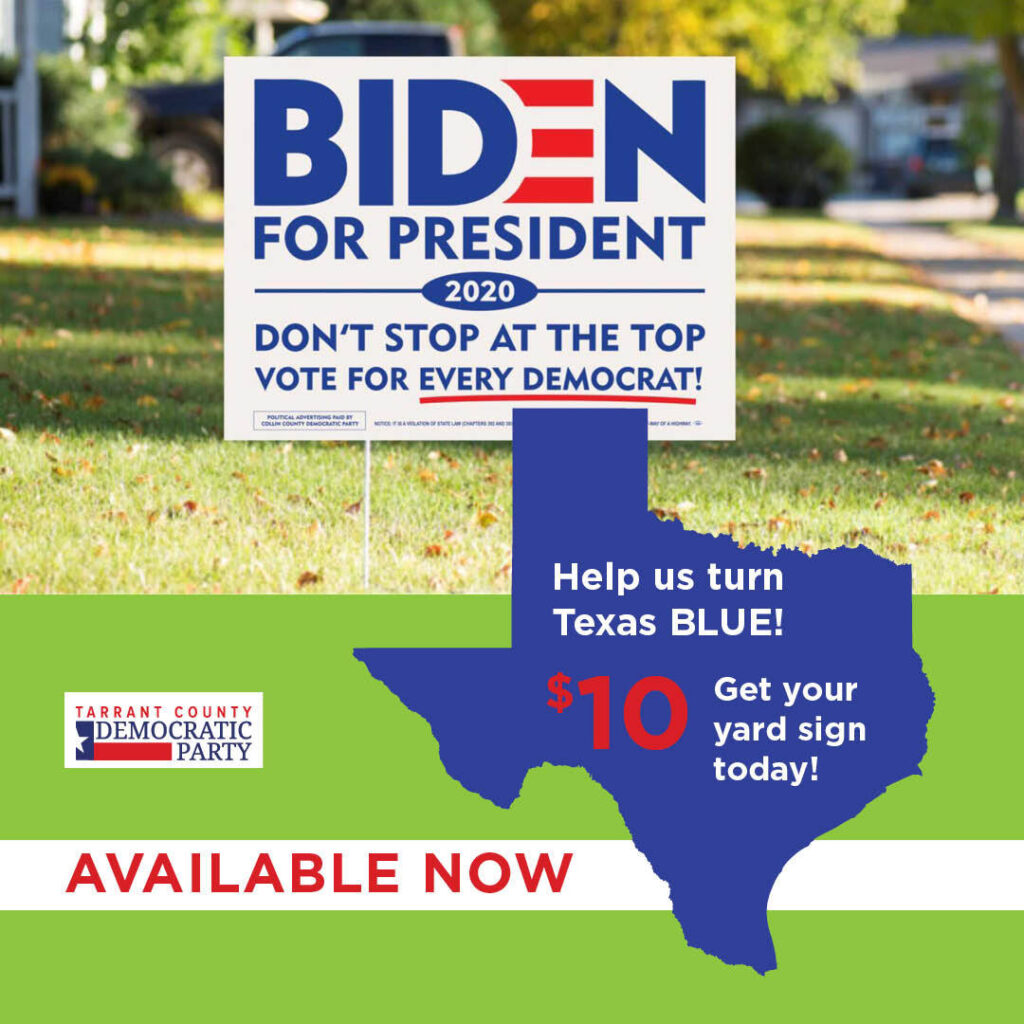 See more in the shop